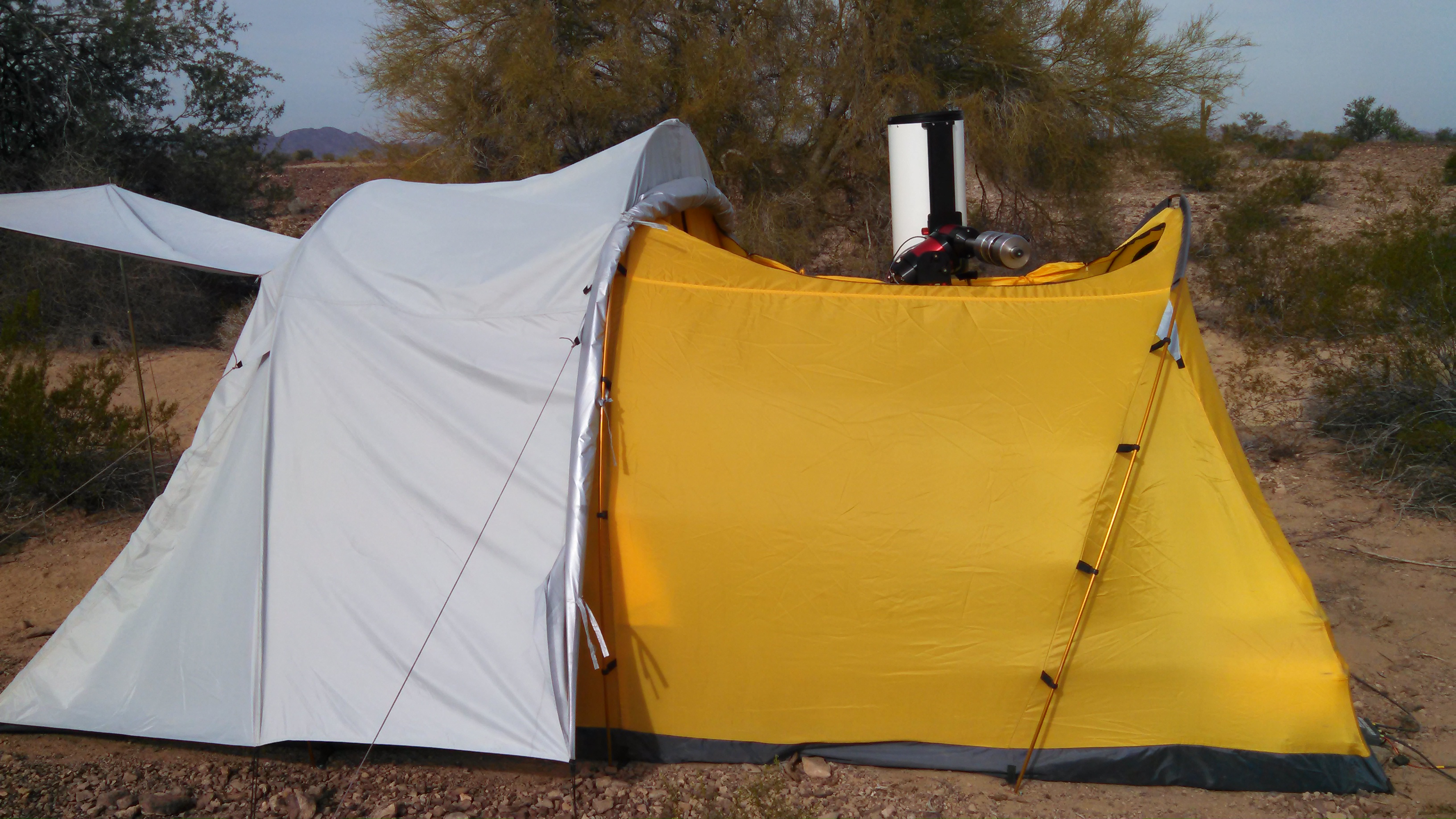 Over the past few weeks it has been creeping into my consciousness that static electricity might be disrupting my telescope.  Not only does Windows 8.1 make its sad little USB disconnect chime every time I get near the computer, but the mount starts acting up.  It stops tracking during the middle of an exposure and the mount software even crashes, as does Maxim DL.  I was pulling my hair out.

Yesterday in a desperate attempt to get control of this problem I researched static electricity problem solutions.  I looked at anti-static mats, fabrics, meshes, straps, and booties.  None of those ideas were immediately accessible to me.  One writer suggested that those methods won't even work that well if a static spark does occur, since a spark is composed of high frequency spectral energy and any kind of wire will have a high impedance at those frequencies, and it is likely that the energy will jump through air to the nearest convenient conductor (like my mount or my camera) rather than take the wire to ground.

Finally I came across something I could try right away: fabric softener.  Hey, even the Dollar stores in Quartzsite sell that stuff.  I just mixed some with water in a spray bottle and started spraying all fabric surfaces, including the tent floor and the carpet under my desk / table.  I also got some of the sheets you throw in the dryer, thinking those might be good wipes for the equipment.

When I started up the observatory last night, I took the extra time to spray all the tent walls and floor with this mixture, and to wipe down all the equipment.  (It needed it, as there was quite a dust accumulation.)  I wound up using a paper towel sprayed with the water / softener mix, since the sheets seemed to be leaving particles of some sort behind.  It took maybe a half hour to get everything clean.

As expected, there were some hiccups getting all the equipment up and running.  Try as I might I could not get the camera to connect in Maxim.  I began wondering if I had zapped its electronics, but decided to do a complete power cycle on everything.  I pulled the plugs on the mount and power supply and turned the computer off so everything was down to zero.  Then I powered everything up and booted Windows.  After a few unplug and plug cycles, everything was online, including the camera!

I went for broke and started up all the software: both observing planners, my focuser program, Maxim DL, MaxPoint, the mount software, and my planetarium program.  All of it seemed happy and connected just fine.  The mount was even reading the GPS time, after weeks of complaining about not being able to do that.  (A few days earlier, I had figured out how to switch this feature on in the program.)

I loaded my pointing file for the western half of the sky and indexed on Alpha Peg, then Sigma Peg, and then over to Auriga where my first target would be, NGC 1960.  Everything seemed to be working smoothly.  I started a series of exposures at 40 seconds and just sat back and watched it go.  Every time I got up to check something, I carried a damp rag with fabric softener with me and touched the tripod, floor, desk, chair, etc. before touching any equipment.

The data just kept coming in, one filter after another, and soon it was time to look for another object.  That was easy because I had a few candidates loaded in Deep Sky Planner, so just a click and slew and I was on to the next cluster.  This time I tried a 70 second exposure, the longest one yet, and was surprised at how circular the star images were.  They were maybe a little elongated, but not bad.  All the images were good and there were no tracking issues.  The mount software just kept running smoothly in the background.

Finally, after a couple more targets, this time through AstroPlanner, I was getting tired.  It was only 11:00 PM, and the Moon wasn't due to rise until 2:30 AM, but I had been up since about 5:00 AM that morning and even sitting at the computer was more than I wanted to do.  So I decided to power everything down, this time in the right order, rather than as damage control in a crash landing.  I made sure to save all the settings in my mount software and all my observations in my planning programs, and buttoned up the observatory for the night before midnight.

A few surprises: Little did I know that two of the clusters I was imaging were M36 and M38 in Auriga.  I was just seeing their NGC numbers in the planning software, but I knew they were special once I got my first images, because they were so rich.  There must have been hundreds of stars in my images.  During the afternoon I had downloaded data from the AAVSO Photometric All Sky Survey (APASS) and noticed that NGC 1960 had over 800 stars in the downloaded file.  Now I have to figure out how to handle all of that data.  I certainly cannot do that by picking them one at a time, like Maxim and even AIP4Win wants me to do.

Negative results on the static experiment would be encouraging, but to really nail it I would have to deliberately induce static by violating the anti-static regimen.  Well, I did that accidentally by pulling on a sweater and then sitting down without touching the floor and table first.  Sure enough, Windows complained.  Luckily none of the equipment dropped out, but just the same that was a warning.

So I am happy with the way the night went, even though there were a few good hours left in it by the time I quit.  I am optimistic that I can recreate this "golden" session by attention to details and careful procedure.  Slowly my confidence in my tools and in my abilities is returning.